I'm reprinting something that was written by my friend, Idelle Davidson.  She blogs here and she wrote an excellent book about living with chemobrain which you can find on her website.  Recently, she had the privilege of attending a survivorship research conference in Arlington, VA.  Not only did she attend, she was asked to speak and boy did she ever speak!  We probably could have done a great version of Abbott and Costello's, "Who's On First? The Chemobrain Edition!"

While I'm the joke cracking half of that duo, whenever anything hits the news, if you listen very closely, you might hear, "Hey AAAABBBOTTTT!"  That would be me... sending out the cry for Idelle so we might collaborate on the news.  She's a good decipher-er.  You'll see.  If you follow twitter, you may have already seen this but some of you don't and others (like me sometimes) might miss something in the tweet stream because, oh, I don't know, we got distracted by a tweety bird....

Speaking about twitter and then I promise, I'll hand it over, there was a designated hashtag for anyone wishing to keep up with the information.  This is the beauty of twitter.  People who are in the seminars are sending messages so those of us who are not at the event can follow along in real time.  When I saw someone's tweet about "Chemobrain is real," I KNEW they had to be listening to Idelle.  They were.  Idelle confirmed it for me.  A number of tweeps were sending out information.  The lesson there?  IF you find yourself in an auditorium and see someone on their phone and it appears they are text messaging, don't jump to conclusions!  They may be sharing that event with a global audience.

Here's Idelle... with some brilliant observations, a few suggestions and one really great idea.  She really is my hero.  Her blog post is titled, "ASCO, Where Have You Been?"  There are a number of people now wondering the same thing after Idelle dug up some excellent material to supplement her talk. 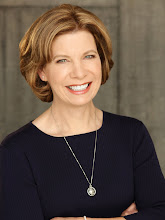 Last Thursday I was in Arlington, VA at the National Cancer Institute’s 6th Biennial Cancer Survivorship Research Conference. I had been asked to speak about cancer and cognition. Specifically, the organizers wanted me to comment on the “disconnect” between the research/medical community and the patient experience.

That wasn’t hard to do. As I told the audience, I know our book has made a difference. Yet I continue to receive letters from patients and former patients telling me that although they now understand what’s happened to them cognitively as a result of treatment, they can’t seem to get their medical teams to take their concerns seriously. A common thread is, they bring up their memory issues with their doctors only to have their worries waved away, dismissed, as if it’s all a figment of the imagination.

To illustrate this disconnect, I showed a slide of a sample patient consent form that I downloaded from the American Society of Clinical Oncology (ASCO) website. ASCO offers this form as a service to their members. Oncologists can then use the form to have their patients acknowledge the risks of chemotherapy.

So what’s on this form that patients are asked to sign? Basically, it’s a list of all the potential side effects (you'll find the actual document here):
It doesn’t take more than a single glance to see what’s missing. And of course, that would be language such as “memory or other cognitive effects.” That warning has not been incorporated into the consent document even though cognitive issues can be far more debilitating than hair loss and nausea.

Now this is ASCO, a 30,000-member strong organization made up of oncologists and oncology professionals that sets the standards for patient care worldwide. It is their mission to advance the education of physicians and other professionals who care for cancer patients.

And even though ASCO is highly respected and tremendously valuable, at least on this point, it doesn’t seem like it’s doing a very good job. If the professional association that sets standards for oncologists doesn’t seem to be aware of cancer-related cognitive dysfunction, is it any wonder that clinicians in their hospital and community practices dismiss their patients’ concerns as frivolous?

Adding another bullet and line of text to this 2008 consent document would take two seconds. But it’s really not about that. It’s about awareness. It’s about leadership.