Tonight in my internet travels, I saw a drawing I would reprint but I’m not sure about the copyright.  IF I had any sort of semi-artistic talent, I would make an attempt to sketch something similar.  Since my artistic ability doesn’t extend beyond stick figures, you are stuck with me and my overly wordy descriptions.
It was on a sticker that looked like one of those “Hello, my name is” things you get to stick to your clothing.  Allow me to share this bit of info: it’s not too easy to have those things adhere properly on clothing under which are a set of “foobs.”  (Fake boobs)  Learning new things every single day.  The fact that the nametags don’t stick AND the name for my surgically created boobs. More stuff to include in one of two parts of my AD brain:  stuff I will never remember or the stuff I will remember which just adds to my font of useless information.
This was quite clever and it did make me chuckle.  (To get back to the point already.)  There were two lines and (use your imagination to make this look really cool) they said:
F 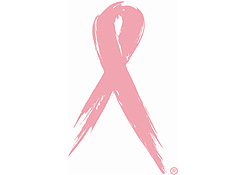 cK
Awareness
Find A Cure!
It’s been FORTY YEARS since Nixon declared a war on cancer.  It was 1971.  You can do the math if you don’t trust me.  Hell, I don’t trust me…. I used the calculator on that iPhone I can’t live without.  Too bad I can’t use it for its intended purpose in my home or, for that matter, anywhere within a five mile radius….. in other words, DO SOMETHING AT&T.  This business of receiving messages (text or voice) 15 hours after they were sent, really useless.  USELESS.
Jokes aside, this is sad.  Nick Ashford died last night.  He was in a NYC hospital and his death was the result of “complications from throat cancer.”  I saw the name “Ashford” and in another part of my brain I remembered the disco days.  Apparently in between the brain of the forgotten information and the brain of the useless information, there is yet another part of my brain and that is where my memories are stored.
Immediately, and yes, I am still amazed this happens on any level, I was able to recall the name of his singing partner.  Valerie Simpson.  And in the same instant, the song I remember so well.  It was a hit dance single in 1979.
There is something so bitterly poignant in this whole thing.  Throat cancer?  A singer??  Leaving behind his musical partner and wife of 38 years, with whom he penned songs for many Motown greats.  Do the Wiki detour and you will see names like Diana Ross, Marvin Gaye, Aretha Franklin, Ray Charles.  I never knew that.  It’s not a CB thing, either.  That information was never in any portion of my brain.
The only thing I remember is his duet with his wife.  It was a mega dance hit in the 70’s, the same decade in which this cancer war was waged.  The song?
“Found A Cure”
Enough said.      It’s time.    And the time is now.
AnneMarie at 6:00 AM
Share