EVALUATE FIRST, POISON AND BURN AFTER

Last Friday, we were provided with still more proof that we are not losing are minds.  We've already lost them.  Tomorrow morning, when I'm in the oncologist's office for my six month check up, in addition to haunting him about:
Apparently, I will also bring him the interview, MY interview, that was published in the March 15 edition of ASCO Post.  You didn't see it? Well... Here You Go

I made an observation in that interview piece and once again.... VALIDATION!  On April 20, Science Daily printed a column titled:  Cancer Therapies Affect Cognitive Functioning Among Breast Cancer Survivors.  This is most definitely NOT breaking news.  It's just more proof that we really have lost our minds.  Or, our brains are playing some kind of twisted hide and seek game.  And, I've always known "chemobrain" isn't exactly the most accurate description.  The research presented in this article from seems to point to the fact that those of us who received chemotherapy performed similarly as those who received radiation and WE all performed subpar to the control group of women who were matched by age and zip code and better luck.

I have chemobrain.  You might have radsbrain.  Doesn't have that same, nice melodic ring-radsbrain.  The thing is, the study which was done at Moffitt Cancer Center in collaboration with researchers at the University of South Florida and the University of Kentucky seems to point to what WE already know.  Basically, our brains have exited the building along with Elvis.  What I especially like in this article?  The lead author's take away.  His suggestion?


"Since patients report cognitive problems that interfere with their daily activities, early workups should include tests to determine cognitive functioning prior to treatment."
I LOVE that suggestion......  Ya know why?  In October, when I was talking the the Jo Cavallo at ASCO Post,  this is what I had to say....
"Had I known developing chemobrain was a possibility, I would have insisted on a neuropsychological evaluation before starting any treatment so I could compare the difference in my cognition before and after therapy."
I feel like being a 6 year old whiny wise ass.  Na Na NA NA NA....... Ha Ha.... Said it first.  Beat you to it.  Really, I'm boasting right now and I'm pretty damn proud of myself.  I know, I KNOW... it's one of those Seven Sin Things.  I'm so thrilled I was able to make this observation with my chemobrain and have a brilliant researcher with a Ph D come to the same exact conclusion after studying hundreds of women over several years. I think I earned the right:  Be Proud.  ARMY Proud.  That's what pops into my head.... and guess what.... There's even a RIBBON for THAT.... 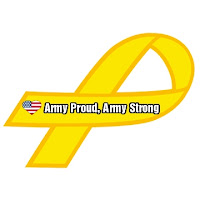 In case you are a geek like me and need the "official version" rather than magazine version, this is what the abstract says.......

A significant group × time effect was found for processing speed (P = .009) that reflected a tendency for the NC group but not the RT and CT groups to improve over time. There was also a significant group effect for executive functioning (P = .006) that reflected the NC group performing better than the CT and RT groups. Additional analyses found the administration of hormonal therapy was not associated with change over time in cognitive performance.

Findings provide limited support for the view that changes in cognitive functioning in cancer survivors are attributable to chemotherapy administration and illustrate the importance of including a radiotherapy comparison group. Future research should seek to examine possible mechanisms that could explain the apparent prolonged impact of both chemotherapy and radiotherapy on cognitive functioning in breast cancer survivors. Cancer 2012;. © 2011 American Cancer Society.
AnneMarie at 6:00 AM
Share