MY DAD--THE WIND BENEATH MY WINGS

Happy Father's Day to each and everyone out.  I have officially entered the my annual month of wistfulness.  Between today and July 19th, the day my dad died, there are reminders.  His birthday was July 3rd.  I think of him each and every day.  He is the wind beneath my wings.  He is my hero.

In a bit of a rather bittersweet moment, I had something else happen last week.  Each year, we award a scholarship in my dad's memory at a local high school.  I hope to share the story of the young woman who was this year's recipient.  When we talk about how cancer steals lives, her story punctuates that message.  I will obtain her permission first first, but stolen is an appropriate word in all cases.  In hers, especially so.

As I was pulling into the school parking lot for the awards ceremony, which began at 7:30 and you can see the time on the third photo, the tears began to spill.  As I sat in the auditorium waiting to be called to the podium, I found myself blinking back tears more than once.

To my dad, I miss you terribly.  To Karen, I see Yvonne dedicated a beautiful post to Hugh.  And, to Frank Terrazzano, I send you comforting thoughts.  His daughter Lauren continues to inspire me each and every day.  Her kite says precisely that...... 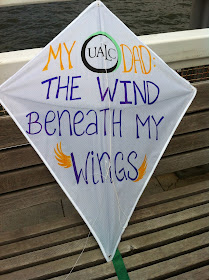 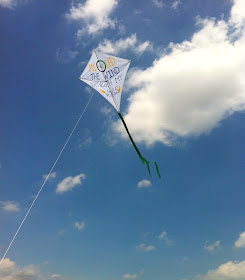 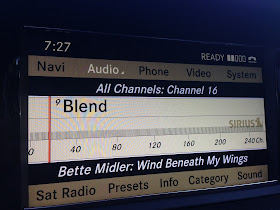 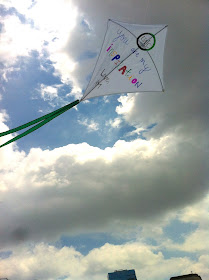